A KIA truck with registration number GR 3052-17 and heading from Yama in the West Mamprusi Municipality of the North East Region to Bolgatanga in the Upper East Region has killed two people.

The unfortunate incident occurred at the far west corner of the Walewale market on the road leading to the Walewale Municipal hospital.

The driver of the truck failed brakes and hit his vehicle against a tractor and another KIA truck that was parked with cement. 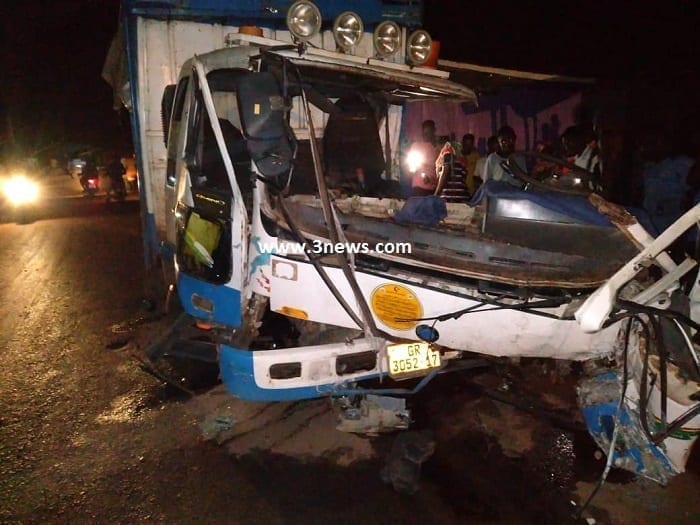 According to an eye witnesses, a Fulani man and a 13-year-old were killed instantly with two in critical conditions.

The two were rushed to the Tamale Teaching Hospital for further treatment.

Zidane claims he can fix Real Madrid as pressure builds

Facebook Outlines its Evolving Efforts to Detect Scammers on its Platforms

Many shot as officers foil attempted jailbreak at Ikoyi Prison