Facebook has launched legal action against a software developer in Istanbul who’s been running a range of Instagram ‘viewer’ sites, for which he essentially scrapes user data from Instagram, then republishes the content on these alternate platforms. The developer then generates income by running ads on these clone sites.

“[Ensar] Sahinturk used automation software to scrape public profiles, photos and videos from more than 100,000 Instagram accounts without Instagram’s permission and in violation of our Terms. He then published this data on a network of clone sites, where anyone could enter an Instagram username to view Instagram user profiles, pictures, videos, stories, hashtags and locations.”

As reported by ZDNet, Sahinturk ran a range of Instagram ‘viewer’ platforms: 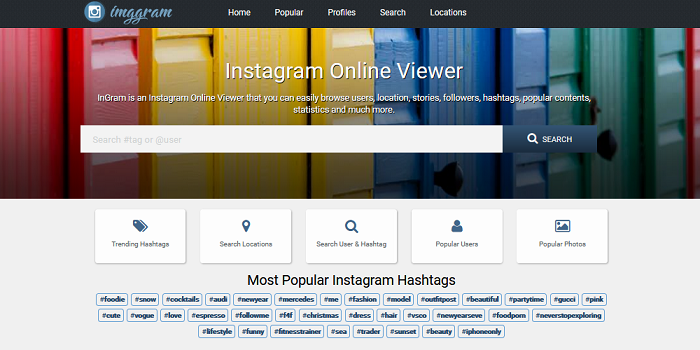 In the example above, as you can see, the platform is presented as an Instagram insights tool, providing data on hashtag usage, locations and more. But the data used to fuel those insights is essentially stolen from Instagram, and users therefore see no protection as to how their information and content is used.

“Data scraping undermines people’s privacy and ability to control their information, and is prohibited by our Terms. This case is the latest example of our actions to disrupt those who scrape user data as part of our ongoing commitment to protect our community, enforce our policies and hold people accountable for abusing our services.”

Indeed, Facebook has been taking legal action over a wider range of term violations over the last year as it seeks to implement tougher legal penalties and disincentives for others considering the same.

Again, this seems like a fairly straightforward case, and there may well be other platforms conducting similar scraping processes that will look to re-think their practices as a result of Facebook taking action.

But there is also a question over the legality of ‘scraping’ public data.

LinkedIn has been involved in a long-running court case against a company called HiQ Labs over HiQ’s use of LinkedIn user data for its talent scouting tools. LinkedIn initially sought to block HiQ from using its data, but HiQ was successful in blocking LinkedIn’s challenge, arguing that it’s only accessing publicly available data. LinkedIn is still pushing to cut off HiQ’s access.

That case could be used as precedent here, with Sahinturk arguing along similar lines, but the potential violation of Instagram user rights is a more definitive concern which seems likely to hold more weight in Facebook’s challenge.

Terrorism may persist in Nigeria for another 20 years